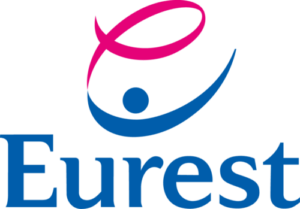 Eurest is a leading provider of catering in the business and industrial sector, whose main activity is the management of restaurants, canteens and vending machines in large companies and public organizations such as schools and hospitals. It is also part of the Compass Group which is the largest contract foodservice company in the world, with operations in 45 countries, employing more than 600.000 people worldwide and serves 5.5 billion meals per year.

Due to the constant evolution of the applications used, Eurest needed a Cloud solution that would allow them to have an integrated Backup management with the possibility of having a Disaster Recovery solution, with low operating costs. A constant process of revision of the IT infrastructure was adopted in order to well manage its costs, adjusting to the needs of each moment, taking advantage of the Cloud benefits, such as the ease of scaling and responding to usage peaks, making the resources available when needed.

Why AWS and Magic Beans?

Since Eurest was already using Amazon Web Services (AWS) in various processes and services, they quickly concluded that this would be the ideal platform to implement this project.

Eurest chose Magic Beans as they recognized an experienced, highly qualified and certified partner, capable of planning and implementing highly complex and flexible solutions while meeting time and cost constraints.

In the process of migration and adoption of the AWS Cloud, the base architecture includes services such as: Amazon Elastic Cloud Compute (EC2) for computing, Amazon Elastic Block Storage (EBS) and Amazon Simple Storage Service (Amazon S3) for storage purposes, among others.

For the Business Continuity process Amazon Machine Images (AMI) are created with the respective EBS replicating the on-premises server disks.

In a 1st phase, a backup solution was created using Lambda functions to create AMI's and EBS Snapshots. Snapshots are incremental Backups, which only store data that has changed since the last Backup of EBS volumes. Later, they are stored in Amazon S3, decreasing the costs of Storage.

In order to increase data resilience and achieve a Disaster Recovery (DR) environment, AMI's are copied to another AWS region.

Later, the hypothesis of optimization of the previously implemented solution arose, using the implementation of the AWS Backup service, which facilitates the centralization and automation of data backups, replacing Lambda functions, performing the same processes, but in an integrated manner.

In the DR Region, the same configurations where implemented for the Amazon Virtual Private Cloud (Amazon VPC) and AWS Virtual Private Network (AWS VPN) that exist on Frankfurt. In case of a disaster, Magic Beans launches the AMIs that were copied from Frankfurt and launch a new instance with the exact same Private IP Configuration, the client then connects to the instance and checks if everything is normal, functional and verifies if the data is within the RPO defined of 24 Hours, the client has also a RTO of 8 Hours to complete the process.

AWS Storage solutions enable Eurest to keep pace with the growth requirements of the various Workloads by easily and quickly implementing EBS and Amazon S3 Storage solutions, which meet the challenges of daily operation and the need for growth in Business Continuity using AWS Backup.

With the implementation of the Business Continuity solution, Eurest is now able to have greater flexibility in the use of resources, thus achieving a better service and a more controlled approach to IT costs.

By implementing the AWS Backup solution, it was possible to quickly and simply automate the integrated management of Backups in separate Regions, thereby ensuring data redundancy, enabling rapid deployment of the DR infrastructure.

On a regular basis, preventive testing is executed. Of the tests already concluded, it was verified that both the RPO and RTO proposed, were met.

Ready to get started?

To learn more about how AWS and Magic Beans can help your business, contact us at team@magicbeans.pt

This website uses cookies to improve your experience while you navigate through the website. Out of these cookies, the cookies that are categorized as necessary are stored on your browser as they are essential for the working of basic functionalities of the website. We also use third-party cookies that help us analyze and understand how you use this website. These cookies will be stored in your browser only with your consent. You also have the option to opt-out of these cookies. But opting out of some of these cookies may have an effect on your browsing experience.
Necessary Always Enabled
Necessary cookies are absolutely essential for the website to function properly. This category only includes cookies that ensures basic functionalities and security features of the website. These cookies do not store any personal information.
Non-necessary
Any cookies that may not be particularly necessary for the website to function and is used specifically to collect user personal data via analytics, ads, other embedded contents are termed as non-necessary cookies. It is mandatory to procure user consent prior to running these cookies on your website.
SAVE & ACCEPT
Go to Top